We travel to Mumbai to take a look at the next taxi in our ‘Taxis Around The World Series’. While rare to come by these days, the Premier Padmini is synonymous with Mumbai’s taxi industry.

A brief history: The Premier Padmini was first manufactured in Bombay (now Mumbai) in 1964. It was produced under license from Fiat which is why they’re often still called ‘Fiat Taxis’ by locals. At the time of its inception, the automobile industry was dominated by Hindustan Motors. The Padmini’s compact and sleek look soon challenged HM’s market dominance.

The car’s popularity peaked during the 70s and 80s when there were up to 65,000 of the vehicles on the streets! Its small size allowed for easier parking which won over many in the taxi industry. “It really is an iconic car because for so long it was the only vehicle used by taxi operators here. It must have been the largest fleet in the world” – Al Quadros, a taxi union chief. The Padmini was assembled in Kurla, Mumbai until 1997 when its license was sold back to its parent company, Fiat. 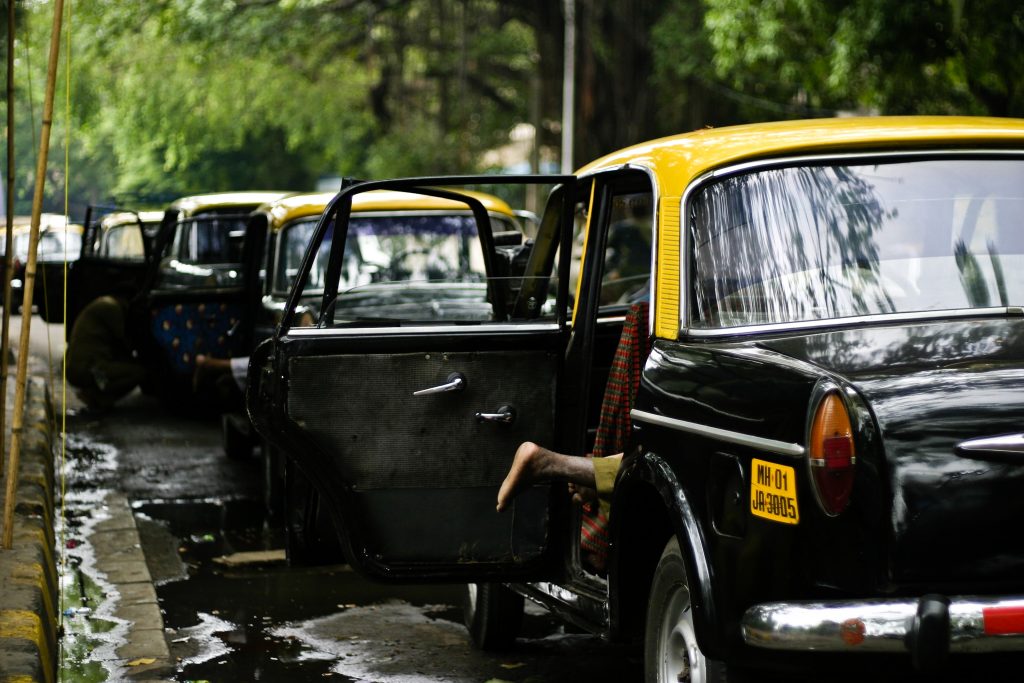 Image: Mumbai Taxi by Masterbutler is licensed under CC BY 2.0

Vehicles: These taxis were famous for their black and yellow paint job, a trait they shared with other famous taxis such as the NYC Yellow Cab and London’s Black Cab. The boxy design covered in chrome finishes made it stand out from the crowd. Fiat’s 1089cc engine ensured longevity which helped cement its place as Mumbai’s number 1 choice of vehicle for taxis. Another (in)famous aspect of this taxi was the comically large gear stick which was located to the left hand side of the steering wheel.

Need to know: While some still roam the streets of Mumbai, it has become harder and harder to find a Padmini Taxi due to anti-pollution orders and the liberalisation of India which allowed new automobile-companies to enter the market. 2013 saw a new law passed where taxis could not be more than 20 years old. This posed a problem for the Padmini as production stopped in 1997. While you will still see the odd Padmini Taxi, they will no doubt have been stripped of its original assets and replaced to adhere to current laws.

Fun fact: The Padmini is named after a Rajput princess, and translates to ‘’she who sits on the lotus’’.