We say hola to sunny Cuba as we take a deep dive into perhaps the most unique taxi we’ve covered so far in this series. These egg-shaped taxis are similar to another taxi we’ve highlighted in the past, the Bangkok Tuk Tuks. These ‘auto-rickshaws’ are mainly suited for short distances and are more popular with tourists than locals.

A Brief History: Not a whole lot is known of the origin of the coco taxi but it is believed that they were first introduced to Havana in the early 1990s. Before this time, Cuba was not a large tourist-destination due to complicated political reasons. The fall of the Soviet Union saw Cuba begin to invest in tourism again, with $3.5 billion being invested in this industry in the 90s. With coco taxis predominantly aimed at tourists, it makes sense that their inception coincided with this growing industry. 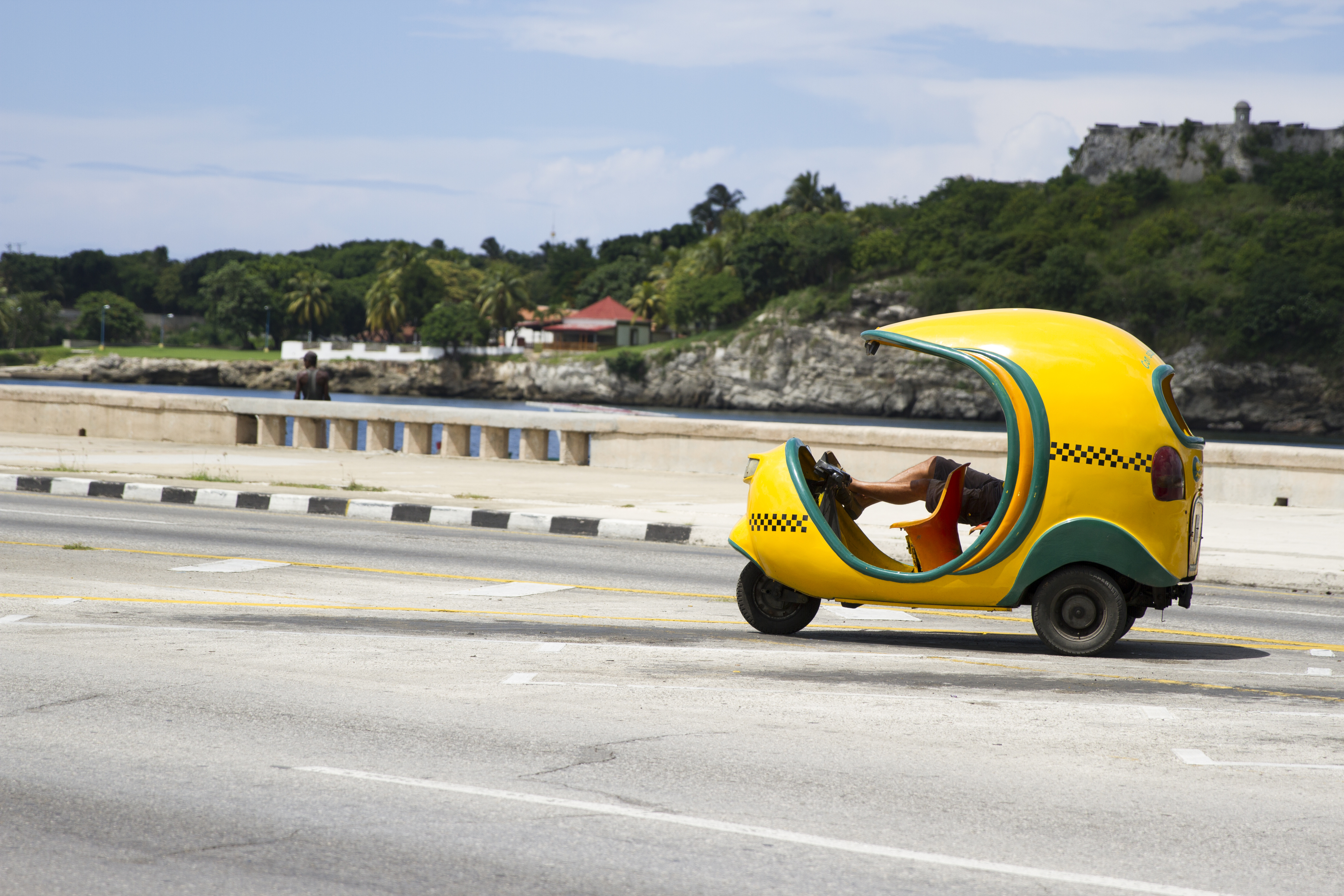 Vehicle: The vehicle is essentially a scooter with a fibreglass body built around it. The bucket-style seats are not known to be the most comfortable and are welded into the body. It has a cruising speed of 30km/h and is gas-powered with the option to pedal as well. Another similarity to the Tuk Tuks is that they’re extremely loud!

Price: As with all unregulated tourist taxis, prices vary and should be negotiated beforehand. We’ve seen reports that say 10-15 minute short trips have cost in the region of $10-15.

Fun fact: The name comes from the fact that the taxis look like a half-shelled coconut (no prizes for guessing that one!)