When you think of famous taxis around the world, two spring to mind. You think of the NYC Yellow Cab (which we covered in last month’s blog) and the Hackney Carriage, also known as the London Black Cab. 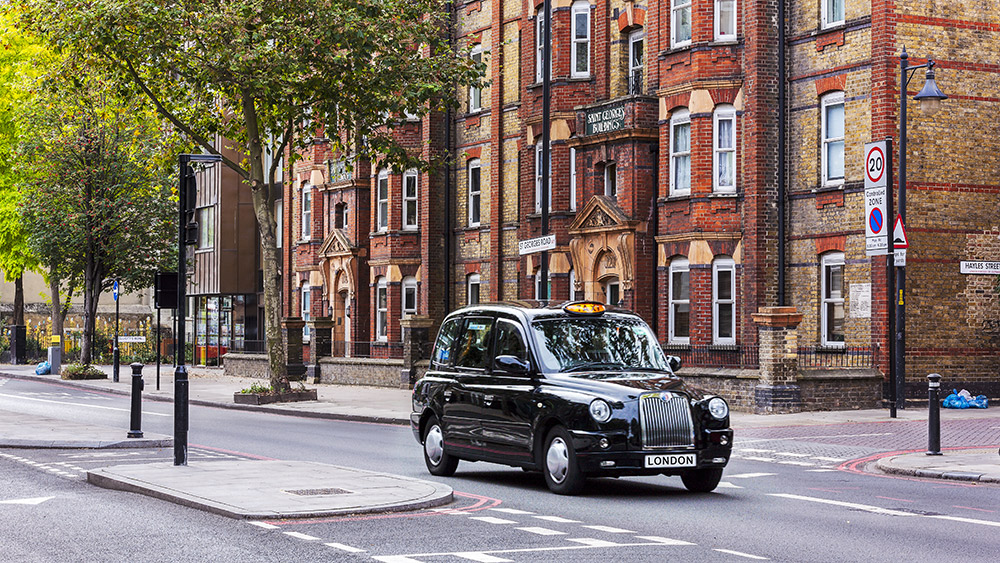 A brief history: The first hackney-carriage licenses date back to 1662, back when they were still actually carriages! The horse-drawn carriages operated for over two centuries until the introduction of motorised vehicles. In the beginning, only 400 licenses were released. This limit rose to 700 in 1694 before finally being abolished in 1832.

The first motorised taxicabs were nicknamed ‘Hummingbirds’ due to the noise they made, and quickly flooded the city, replacing horse-drawn carriages. The last horse-drawn hackney carriage ceased service in London in 1947!

Cost of a fare:

Vehicles: Four-door saloon cars have historically been the most popular hackney carriages. Some councils now offer free licensing to disabled-friendly vehicles. This has encouraged drivers to buy more spacious cabs such as the Peugeot E7 in recent years. Design standards for the vehicles were first published in 1906 in the guide ‘Conditions of Fitness’. These regulations are now published by Transport of London but are still referred to by its original name.

The Knowledge of London

They say the exam to become a London cabby, The Knowledge, is the most difficult test in the world. It’s hard to argue with that. London is comprised of over 25,000 streets, and not only does a black cab driver need to know each of these streets, they need to know every restaurant, café, hotel and place of interest on each one! The questions can be so precise, it has been recorded that one driver was asked to name the location of a 1 foot tall statue of two mice eating cheese. The studies it takes to gain ‘’The Knowledge’’ and to pass the exam has been compared to undertaking a degree in Medicine. It can often take years and 1,000s of hours to achieve. Once the test has been passed, newly qualified cabbies are commonly known as ‘’butter boys’’. Fancy becoming a Black Cab driver?

Fun Fact: By law, all black cabs must have a turning circle (radius of the smallest U-turn) no greater than 8 metres. One of the reasons for this is based upon the small roundabout of the famed Savoy Hotel that required taxis to navigate a tight turn after dropping off patrons.