The six-week national driver respect campaign is currently live across digital and social media platforms. Over the coming weeks the campaign will be seen on bus shelters, on-board public transport and on bus vehicles exteriors. The objective of this NTA campaign is to ask the public to produce a more positive working environment for taxi drivers. It has been in development for a number of months. 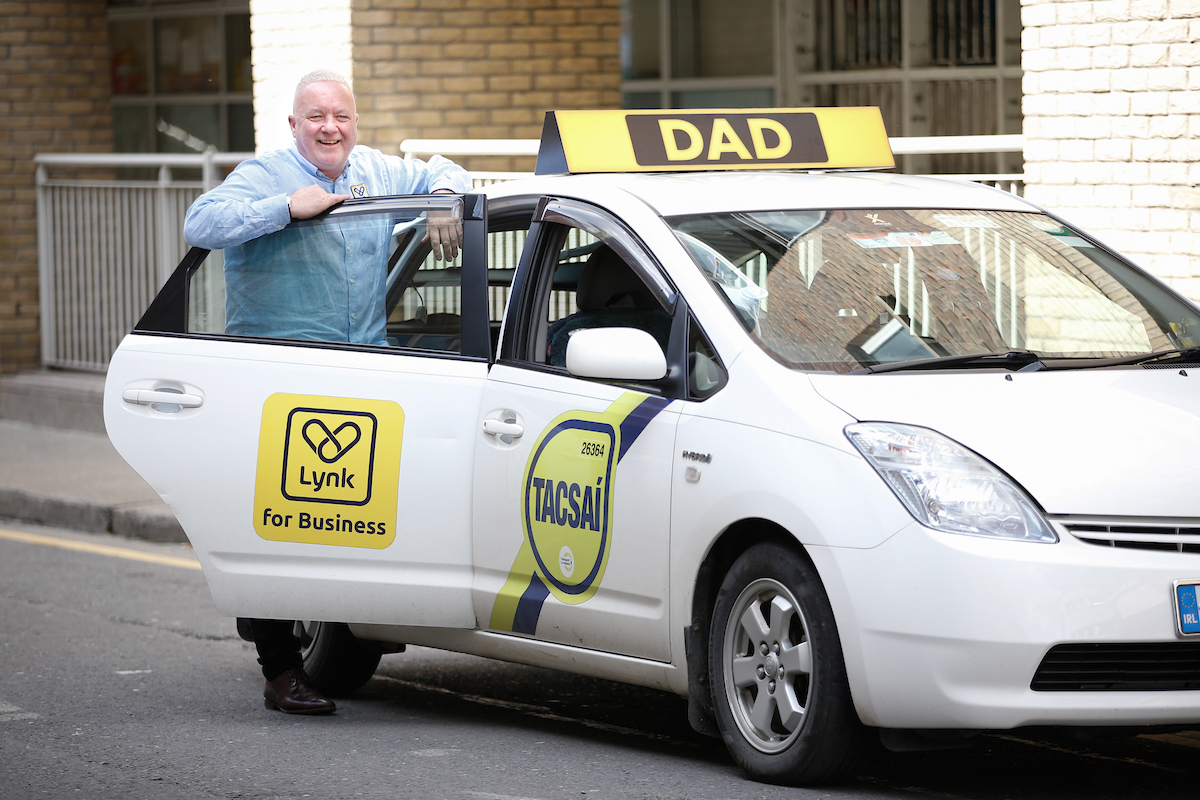 Lynk taxi driver Kevin took part in a media photo shoot to launch the new campaign. Kevin, a taxi driver with Lynk for over 5 years, says this campaign comes at the right time.

Anne Graham, CEO of the NTA said: “The new awareness campaign highlights the fact that taxi drivers are not simply people who provide a vital service to the public. They are also our neighbours, our friends, our family, and members of our communities, and as such deserve respect.

“Drivers have a right to expect a working environment that is free of abuse and aggression.

“We hope that through the roll out of this awareness campaign customers will realise that taxi drivers are not anonymous but are real people with loved ones. They provide a high-quality service day in and day out in cities and towns throughout Ireland.

“I would urge all taxi customers to be aware and respect their taxi driver as they undertake their journey in the day or at night.”

For more information on this campaign visit the Transport for Ireland website.